Best things to do in Crete

Best things to do in Crete

Discover the best things to see and do in Crete, from exploring its beaches and the Palace of Knossos to kayaking and distilling raki 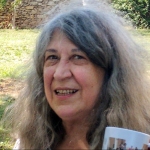 Crete often seems more like a continent than one of the Greek islands. It gave birth to Zeus and the Bronze Age Minoans, whose culture became the cornerstone of Greek, and European, civilisation. Four daunting mountain ranges are sliced by the Samaria Gorge, the longest in Europe. It’s home to stirring Greek-Venetian-Ottoman cities, scores of fascinating archaeological sites, and striking beaches, including some of the most eye-poppingly beautiful sands in Europe. Then there’s the exclusive resorts and mountain villages populated by shepherds where time has stood still. Add in its own culture, cuisine, music and dance, and it’s fair to say the island ticks most boxes.

The Minoan Palace of Knossos of c. 1700 BC, was discovered just outside Heraklion and reconstructed by Sir Arthur Evans in the early 20th century. Identified as the labyrinth (“House of the Double Axe”), it’s where the myths of King Minos, the Minotaur, and Ariadne seem to come to life. Highlights in the 1,500-room palace include the tripartite shrine, the throne room — complete with a throne — the great courtyard, the theatrical area and sacred road; it even had plumbing. Go with a guide to make sense of it all.

According to Cretan law, all finds on the island stay on the island. It’s no surprise, then, that the Heraklion Archaeology Museum is a treasure house of Minoan art — and it’s bigger and more fabulous than ever after a seven-year restoration. Here live the faience snake goddesses, the stone bull’s-head rhyton, the famous Bull Leaping Fresco, the exquisite, minutely worked gold seals and jewellery (Minoan goldsmiths even had magnifying glasses), along with the Phaistos Disc, fired clay covered in ancient symbols.

The longest canyon in Europe snakes through the White Mountains, the centrepiece of a spectacular National Park. The gorge, generally open from late May to mid-October covers 18km; most people do it in five or six hours. Highlights include the mighty Xyloskalo — the hair-pinning descent — a chance to spot eagles and kri kri (Crete’s shy, native ibexes) and the towering “Iron Gates” — a 3m-wide passage through sheer 300m walls. Doing it in one day on your own can be complicated; book an excursion instead.

Veer to Crete’s far northwest tip to find the island’s pin-up beach: a huge sweep of white sand formed between the coast and Gramvousa islet, where a Venetian fort held out against the Turks until the 18th century. Now a Natura 2000 site, Balos can be reached by car — the last 8km are on a rough dirt road, then a half-hour walk from the car park. Easiest, however, are the excursion boats that run daily in summer from the nearest town, Kastelli Kissamos or from Chania.

5. Wander through a botanical park

These are gardens that were born from a disaster: in 2003 Petros Marinakis watched his 400-year-old olive groves in the mountains in Fournes, south of Chania, go up in flames. He’s since decided to replace them with Mediterranean, alpine and tropical flora to showcase the big island’s incredible diversity. Now the Botanical Park & Gardens of Crete, it’s an oasis of orchards, flowers, vines and herbs, and there’s a great restaurant if you want to make a day of it.

6. Dig your toes into pink sand

Isolated on the southwest coast of Crete, Elafonisi beach is blanketed in rose-coloured sand made up of naturally ground shells and corals. There’s a stirring Caribbean-style lagoon of turquoise water between the Cretan shore and the “Natura 2000” protected islet, where sand lilies, sea daffodils and junipers grow on dunes. The sea is never deeper than a metre and you can wade there; if the main beach is too busy, smaller, quiet beaches wait on the south side of the island. Make it a day trip from Chania.

Myth has it that Zeus’s mother Rhea hid him from his baby-swallowing father Cronos in the evocative Dikteon Cave, tucked high up on Lassithi Plateau above Agios Nikolaos. It’s a hike up from the car park, followed by 200 steps down into its bowels, with formations that resemble a baby god, and his cradle. Combine it with a tour of the Lassithi Plateau — famous for its Venetian-era irrigation windmills — where you’ll visit the unforgettable frescoed church of Panagias Keras, a 2,000-year-old plane tree, and tuck into lunch.

Crete’s second city and one time capital is a palimpsest of Venetian, Ottoman and neoclassical architecture, famous for its landmark Venetian port, lighthouse and bubble-domed mosque of the Janissaries. There’s a full day of things to see and do: a bustling covered market, an excellent archaeology museum and naval museum, as well as the new Minoan’s World where “Europe’s oldest civilization meets Europe’s first 3D Museum and 9D Cinema”.

You don’t need to be Tour de France fit to cycle this 58km downhill guided tour around the most authentic slices of Crete. The Joyride shuttle (based in the resort of Panormos, halfway between Heraklion and Rethymnon) will take you to up to the 1,350m Nida Plateau near the Idean Cave, sacred to Zeus, to begin the descent through ancient forests, with a stop at Anogeia, famous for its shepherds and traditional musicians, and other half-forgotten mountain villages, with stops for snacks — and to take in the views, of course.

One of Crete’s largest archaeological sites, Gortyn is where Zeus, disguised as a bull, ravished Europa. It’s also where you’ll find the world’s oldest law code, from c.500 BC inscribed on blocks. The Romans made Gortyn the capital of Crete and much of North Africa; today there are ruins of temples, the early Christian Basilica of Agios Titos, the acropolis, the Odeon lie scattered romantically amid the olive groves.

Very few roads penetrate Crete’s savage, precipitous Libyan Sea coast, much of which is protected within Samaria National Park. Villages and beaches here are tucked amid cliffs that can only be accessed by sea or along the E4 trail — so to see them you’ll need to pick up a paddle. Sea kayaking day trips depart from Chora Skakion’s Ilingas beach and take in Marmara and Sweetwater beaches, the mouths of tremendous gorges and spectacular sea caves. There is a taverna stop at the village of Loutro. Bring your snorkel: the sea is like glass here.

Many visitors pour through Heraklion, but overlook Crete’s wonderful Historical Museum . Don’t, you’ll find Byzantine frescoes, portraits of great mustachio-ed captains (and the island’s only painting by native son El Greco), intricate embroideries and items belonging to Crete’s greatest writer, Nikos Kazantzakis. Kazantzakis himself is buried on the mighty Venetian walls that enclose Heraklion and defended it from the Ottomans in the world’s second longest siege (1648-69).

The now uninhabited island of Spinalonga in the Gulf of Elounda, just north of Agios Nikolaos, was crowned by a Venetian fortress, similar to the one by Balos. Passed to the Ottomans in 1715, the island became a leper colony in 1904 and Cretans called it the “Isle of tears” until the last residents left in 1957. It’s a spot made famous by Victoria Hislip’s 2007 novel The Island and local authorities have since shored up the evocative ruins, streets, shops, houses and a fortress.

14. Walk down the Imbros Gorge

Stretching 8km, dramatic Imbros is Crete’s second longest gorge. Before the construction of the modern road, this was the main route between Chania and Chora Sfakion, the south-coast town famous for its fighting spirit; after the Battle of Crete in 1941, many Allied soldiers escaped via the gorge to the waiting ships to North Africa. The views are well worth the three-hour descent, and the route is safe for most children (the main difficulty is that much of the walk is on pebbles or rocks).

Glendis translates to “traditional party”, which are often held to celebrate a saint’s day in a village church. The staged folklore groups and “Greek Nights” for tourists are fun, but often lack kefi (the sheer joy that happens when the Cretans let their hair down). Try a local festival instead: music is played on the lyra (a three-stringed pear shaped instrument), laouto (Cretan lute), fiddle, mandolin, goat-skin bagpipe and drum. Traditional dances, fuelled by swigs of raki, are the fastest and most furious in Greece, with leaps to the stars. The Dormition of the Virgin Mary, held on April 23, is one of the biggest.

Known as Chrissi in Greek (or rather less glamorously by its old name Gaidouri, “Donkey island”), this tiny, exotic little island is dusted in golden sand and lapped by immaculate sapphire sea. Located southeast of Crete, an hour’s sailing from the island’s southernmost city, Ierapetra, Chrissi is a protected Natura 2000 site for its rare 200-year-old cedar forest, contorted into bizarre shapes by the wind. Walk through the cedars to Belegrina beach, which is covered in thousands of seashells; it also has sunbeds and a summer bar.

Explore the island’s third city, Rethymnon, with its Venetian port, citadel, archaeology museum and centre for contemporary art, before heading 23km southeast to Arkadi Monastery. Built on a high plateau, this fortress-like Orthodox monastery has a charming Venetian Mannerist church. In 1866, revolutionaries fighting the Ottomans made Arkadi their headquarters, and when the besieging Turkish troops burst in, the abbot blew the powder magazine sky high, killing 846 Greeks. Thanks to Victor Hugo, it became a cause celebre across Europe, rallying public opinion to Crete’s cause.

It was in Vathypetro, south of Heraklion, that a Minoan wine press from 1500 BC — the oldest ever found in Greece — was unearthed. Fittingly, the same area of rolling Tuscan-like foothills, with subzones named after the main towns, Peza, Dafnes and Archanes, still produces 80 per cent of Crete’s white and red PDO wines from indigenous grapes (Kotsifali, Mandalaria, Liatiko and Vilana). Go on a guided tasting tour of the wineries with a sommelier, and soak it up with lunch overlooking the hills.

Some 2,000 sea creatures from all across the Mediterranean, including stingrays, sea turtles and sand tiger sharks, abide in the Cretaquarium Thalassokosmos in Gouves, east of Heraklion on Crete’s north coast. It’s the first modern aquarium in Greece, part of the Hellenic Centre for Marine Research. Just east of Gouves in Limenas Chersonissou waits another family-pleaser: the Aquaworld Aquarium, a rescue centre for reptiles and sea life run by a Scotsman, with plenty of hands-on fun and a chance to handle huge snakes (if you want to).

Crete’s mountains are full of thrills. Fasten your seatbelt for the Land Rover day trip south of Rethymnonto to visit Prasses Gorge and sleepy, lesser-known villages before arriving on the south coast and the Palm Beach at Preveli — a lush oasis where you can soak in enchanting river pools. After the Battle of Crete, monks in nearby Preveli Monastery sheltered hundreds of Allied soldiers before they could escape; the rock in the sea was used during the Second World War to tie up British submarines.

Yes, you’ll find ouzo in Crete, but the locals prefer raki — without the aniseed flavour, and similar to Italian grappa. Six weeks after the wine harvest, from mid-October on, locals bring their fermenting grape remains to village distilleries (kazani) — an occasion for a party, with music, a barbecue and swilling raki hot from the still. The Kazani Zargianaki south of Heraklion in Prinias Maleviziou welcomes visitors who want to get in the spirit; grape stomping and feasting and other activities take place in the summer.